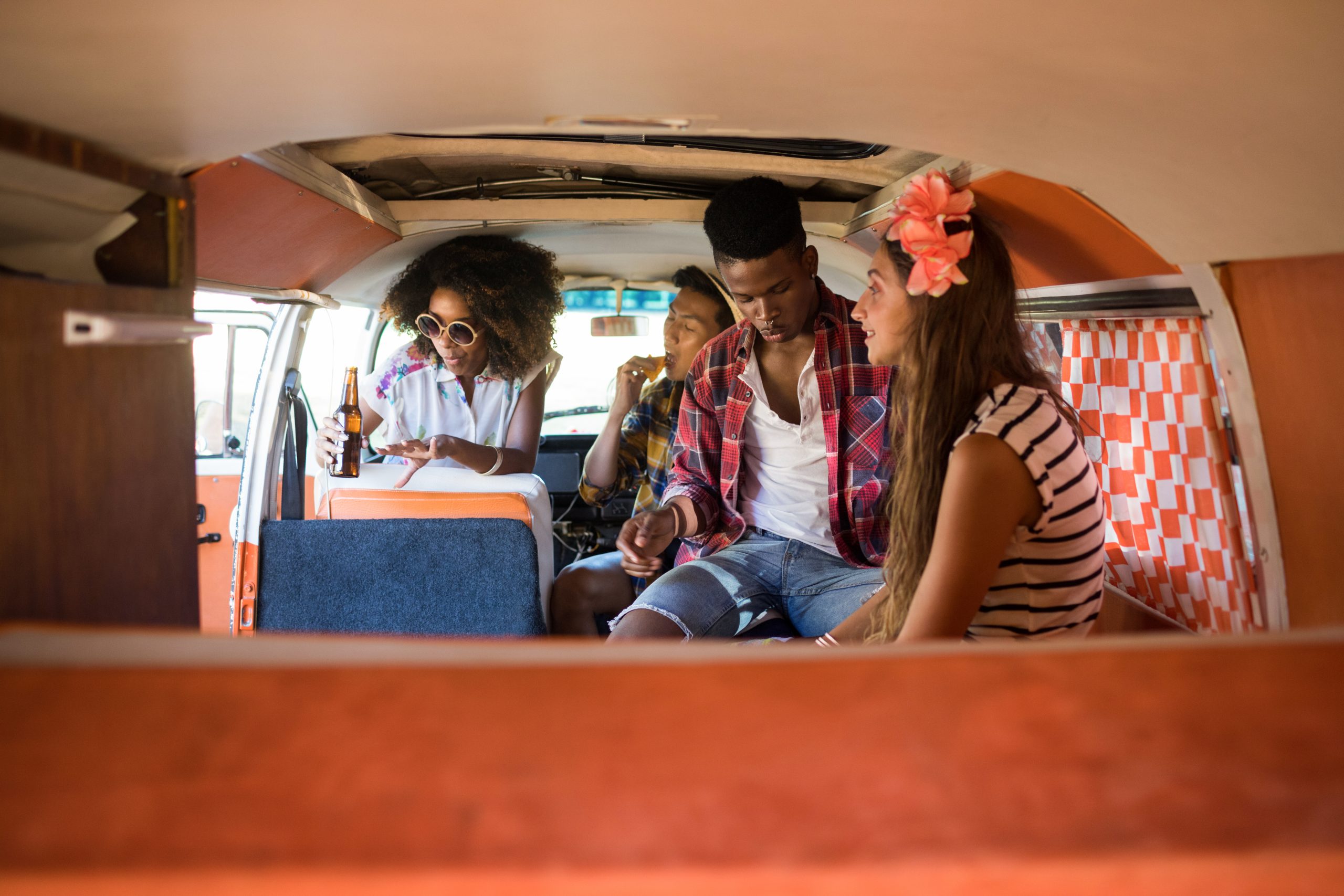 veryone knows that it is against the law to drink alcohol and then drive a vehicle. This law exists because drunk drivers are very dangerous. Due to the alcohol, the driver’s ability to react properly while driving is greatly impaired. Drunk drivers are more likely to make reckless decisions and are less capable of avoiding an accident. Roughly 30% of all traffic-related deaths in the US are caused by alcohol-impaired drivers.

It is easy to see why drivers are forbidden from consuming alcohol. However, this does leave some people with a question, can passengers drink in vehicles? After all, they aren’t driving so their impairment isn’t really important. The answer to this question might surprise a lot of Californians.

The state of California has several different laws that pertain to drinking and driving. Some of these laws pertain to the act of driving under the influence (DUI), and some pertain to having open containers of alcohol in vehicles. Collectively this second group of laws is known as the state’s open container laws.

The first law in the group, California Vehicle Code (VC) 23221 makes it illegal for anyone, driver or passenger, to consume alcohol while in a motor vehicle on a highway. Before anyone gets too excited, in this instance, a highway is any roadway or place that is publicly maintained for vehicular travel. This definition includes all public roads and parking lots.

There is an exception to this law. In for-hire vehicles, such as limousines, passengers are allowed to consume alcohol within the vehicle provided there is a divider or partition between the driver and the passengers. This helps ensure that the driver doesn’t drink anything and can continue to do their job safely.

However, even in for-hire vehicles, if a minor is present, then no one is allowed to drink alcohol. This is due to VC 23224, which prohibits any minor under the age of 21 from driving a car that contains any alcoholic beverages, regardless of if they are open or not. This law also prohibits minors from being a passenger in a vehicle while possessing alcohol. The only time minors can be transporting alcohol is when they are accompanied by a parent, a legal guardian, or are doing so for their job.

Breaking one co California’s laws, in most cases, is an infraction level offense. This means that they come with some small fines, usually around $250, and no possibility of jail time. That is, as long as the person isn’t charged with anything else, such as DUI. If they are facing other charges, then they could end up paying more in fines and face some jail time. Just having an open container in a vehicle alone is not enough to warrant a person being sent to jail.

It is important to note that whoever possesses the open container in the vehicle is the one who will receive the ticket, not the driver.

However, things get a little more severe if the person being charged is a minor under the age of 21. In those instances, breaking an open container law gets raised to a misdemeanor offense. In these instances, a person will face:

The state of California takes underage drinking very seriously, and so the consequences for a minor having an open container in their vehicle are more severe.

Don’t Drink While in Vehicles

While it doesn’t seem like it could be a problem, passengers are restricted from drinking in a vehicle just like drivers are. The idea is to prevent a driver from having the chance to consume any alcohol. This way, no one gets into an accident where someone could be severely hurt.