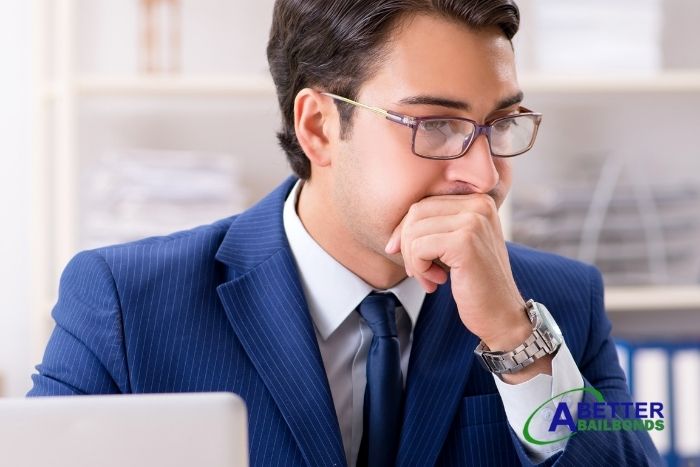 Common examples of white-collar crimes include:

Because white-collar crimes rarely have an element of violence, it’s rare for a judge to deny bail, though they will take a close look at how closely you’re connected to the community and your criminal history.

If the judge grants bail and you feel like you’ll be safe at home, you have to decide how to pay the bail. Bailing yourself out is going to be tricky if your accounts are frozen while investigators are gathering evidence. Without access to your accounts, you’ll probably need a bail bonds agency.

Using a bail bonds agency doesn’t mean you don’t have to come up with any money. You’ll be charged a fee that adds up to 10% of the needed bail. This fee isn’t refundable.

If your frozen accounts mean you can’t even scrape up the 10% fee, don’t assume you’ll have to sit in jail for the foreseeable future. For one thing, we do have a flexible, zero-interest payment plan that might interest you. The second thing, we’re happy to accept the payment from any friend or family member who is willing to post it.

Once you’re released from jail on a bail bond, don’t assume you’ll be free to do whatever you want. It’s possible the judge attached conditions to your bail. Typically, these conditions include things like not leaving the immediate area, staying away from your victims, not committing any crimes while you’re out on bail, etc. You must take these conditions to heart. Breaking a single one will result in your going to jail and you may not be able to secure bail bond the second time around.

Ready to be released from jail? Get the ball rolling by calling 760-618-5617 or clicking Chat With Us link. 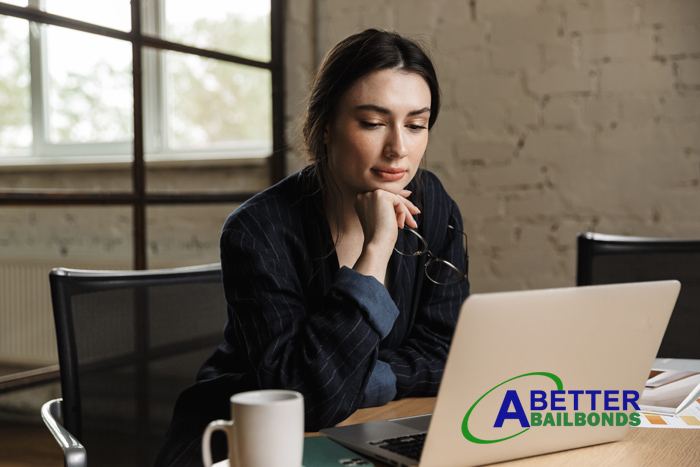 While there’s nothing cool or fun about learning that a loved one has been arrested, the good news is that we live in the technological age so contacting a bail bonds agency is easier than ever.

In the past, learning about a bail bonds agency, signing a contract, and paying the fee required making phone calls and meeting the bail bonds agent in person. If you prefer to use the phone or meet face-to-face, that’s okay, but it’s not necessary. These days, you can complete the entire process online.

When you contact us via the chat now link, you’ll enjoy:

Is there anything more nerve-wracking than already being in a stressful situation and then having to read an important document while you’re in a strange place, with strangers watching? When you take advantage of online bail bonds, you won’t be placed in that situation. We’ll virtually send the contract to you. You’re free to take as much time as you need to review it. If you like the terms, you sign it and send it back to us. It doesn’t get much easier

Once you’ve signed the contract, you can pay online using a credit or debit card.

Our online bail bonds setup is just one of the things you’ll love about Hesperia Bail Bonds.

Other great features include:

Click the Chat With Us Now button and enjoy the freedom of online bail bonds.